A guest post from one of our summer interns, Chan, practicing his trading skills on the demo while back in school.

I interned at SMB this summer and left with a lot of information and skills. I was taught a lot of things, I learned how to read the tape, the psychology of trading, how to control my emotions while trading, make friends, review my trades and that trading is a skill and not something that I can pick up easily. Most importantly, trading is like a sport because it requires patience, practice, and healthy habits. If anyone has ever played a sport for school, they would be able to relate themselves to a trader because it takes a lot of time, hard work, and patience to become one of the best athlete; in this case, the best trader. So what I am doing this semester since I cannot really swing trade (because the market is so choppy), I am going to use a demo Lightspeed account to day trade and try to hone in my skills until I am better at it.

I am going to trade with a max of 3 tiers (300 shares), I think I have passed the 1 tier and 2 tier, so I want a little more leverage. But I am still trying to think about what my max loss should be or where my stop loss should be around? I am just trying to think and recollect what I did on Wednesday this week because I did not really have a stop loss, I just peaced (sold my position) when it went against me, and I did it FAST! or at least as fast as I could. I even fat fingered on my TVIX trade on Wednesday and made money on it, I fat fingered two 10 tiers! So I was shorting 2000+ shares of TVIX and if you have ever traded TVIX, you would understand how FAST TVIX can flip on you! I was red, green, red, green, red, red, red, red, GREEN! it was insane, so once I started to hit green, I reduced my risk as soon as I could and closed my position as quick as possible and re-entered TVIX when the tape slowed down ’till I could read it again. When I got out of my TVIX positions, the SPY was heading up and I just longed a max position because it was breaking out, and I also took some UCO because crude was also breaking out for some reason (I think it was because the euro was dropping on EU concerns about Greek default and French bank problems), anyway, I traded UCO pretty quick and once I saw the tape slow down and a held offer, I sold for quick profits. Then I took some AAPL for a quick breakout trade after that, and boom! It took off really fast and I made a few quick bucks there also. I also traded some BIDU because everything was going up but after a few minutes in the red, I took it off for a quick loss. 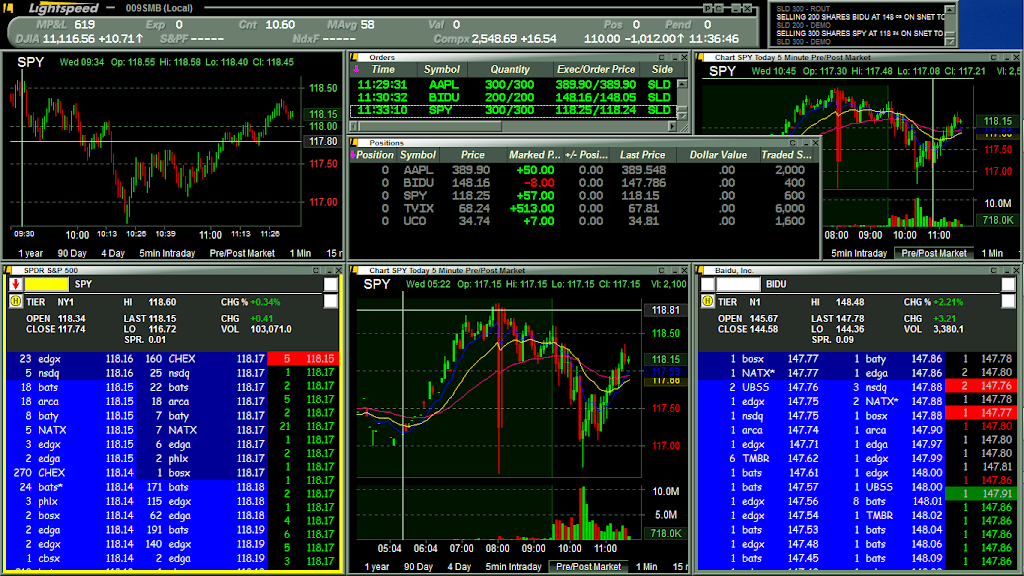 So I basically learned how to day trade this summer and it was probably one of the best internships I have ever had!