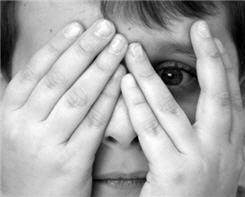 Traders are a skittish bunch. We can make the same trade a hundred times, but the one time a left-field event occurs, it can spook us forever.

The other night, I let the dog outside before bedtime. He’s a seven-year-old Boston Terrier, so I’ve done that literally a couple thousand times. This time, however, he returned to the porch with an unusual look. I knew what happened before I even opened the door, because I could smell it: he’d been sprayed by a skunk.

An hour later after thoroughly bathing him outside, our house still reeked despite not letting him in until he’d been bathed. And let me just say, fresh skunk spray smells nothing like roadkill skunk. It’s way worse.

Thankfully, the stench is long gone now, but that single event conditioned me, and I’m concerned now when I let him out every night, and it’s all because of that one awful experience! Doesn’t seem right, does it?

Spooked By The Past

In trading, we have to remind ourselves regularly to remain in the present tense. Because this setup burned you last time doesn’t mean it will this time. Maybe your first couple of trades of the day were losses, and now you’re scared to touch another trade. Or perhaps you’re coming off a tough few months and you’re afraid to get back in the mix.

While respect for the market and quality risk management are of utmost importance, what I’m referring to here is the crippling fear that’s costing you. It’s the fear that’s preventing you from elevating your performance, or from digging out of what should be a manageable hole. It’s the kind of fear that has you paralyzed and unable to pull the trigger on anything.

Here are Three Ways to Overcome Your Fear of the Past:

1. Understand your odds for success. This, of course, includes an honest risk assessment of the play, but it also means knowing whether this type of play is likely to work given the conditions. Going over your results consistently will reveal which kinds of plays are working in the current environment and which are more likely to fail. If you understand your odds for success and you’re able to have some mathematical confidence, it would be more costly to skip the trade.

2. Understand failure. Knowing the worst-case outcome if this trade happens to fail can reduce the fear inflicted by a previous failure from an unseen event. Black swan events aren’t common, so it’s not reasonable to fear them every time you approach a setup. Weigh the potential for loss, and if it’s outweighed by the potential for gain, the probabilities are favorable enough to participate.

3. Choose to move forward. All of us have the ability to choose, whether it’s our career or our spouse or our attitude. Maybe your fear somehow gives you comfort right now, because it’s been a habit you’ve allowed. That won’t cut it though, so it’s time to change. Eventually, you either decide to get back on the right path, or you’re completely done trading. Make your choice and get on with it—and don’t look back.

Don’t let the past haunt you into skipping potentially solid plays. Assess your risk, and then take the trade confident that over time, the numbers will work to your advantage.