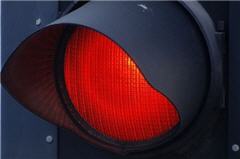 Over the past 10 days, there have been two occasions where I hit my daily loss limit. Sounds like a tough stretch, but on a net basis it’s actually been positive thanks to some other good days.

Mind you, I’m generally a disciplined trader, and in a dozen years of full-time trading I have broken my discipline countless times but have never truly gone on tilt where it’s account life or death.

That said, I do not have a broker-set cutoff. That’s where you specify a dollar amount, which when hit will lock you out of making more trades. It’s still your account and you could call in and override that I suppose, but it’s at the very least a break in the action for you, and a very good thing for some people – namely, developing traders.

Back to my point and the title of this post, what happens when you hit your daily loss limit?

For me, it’s a general dollar amount where I start to understand that barring some really great trades, and with the amount of risk I am willing to take, I’m unlikely to recover. It’s a matter of recognizing that I’m likely to do more harm than good – either to my account or my confidence.

At times, I’ll hit that level and I just need to admit defeat, shut it down, and come back another day. I might leave my platform open and monitor the market or open positions, but I know I don’t need to press any more buttons. Adhering to that has on many occasions prevented deeper wounds to my account.

Knowing when to walk is found in two things: one internal, one external. Internally, you must understand yourself and your tendencies. Externally, you must be able to recognize current conditions and determine if there’s good reason to continue or not.

Over the past week, however, I had two different outcomes when I chose to trade beyond that mental cutoff.

The first was a day where my limit had been reached, but I allowed my emotions to interfere. This was the internal element, and I was in no shape to continue. (That, by the way, also prompted this week’s video.)

I didn’t go on tilt, but I lowered my standards in what was ultimately a mild version of revenge trading. That never pays off, and in this case it cost me a little more. As it should have. I hit my loss limit plus another 1/4, which isn’t a ton but it is too much.

The mistake was that I continued to trade because of my P&L. Catch that? Because of it, not in spite of it.

The second occasion was similar in that I reached my mental cutoff, but it was different because it was a day where my emotions were settled.

I continued to trade not out of anger or frustration or ego to prove I was right, but because there were multiple stocks in play which warranted my participation. Conditions were very favorable for making good trades, so I continued.

I was accepting risk beyond a normal cutoff amount, but it was with a level head and with some real potential to turn the day around. And I did. It was rewarding, not in the sense of “I told you so” but simply because I kept taking good trades when they surfaced, added it up in the end, and came out slightly ahead.

It’s nice to dig out a bad day, even if it means you barely do better than break even.

On some days, those are wins.